As a clean alternative energy source, hydrogen can work hand-in-hand with renewable electricity both as a direct fuel and as an electricity storage solution similar to a battery.

What role could hydrogen play in New Zealand’s energy environment?

Green hydrogen has the potential to make a significant contribution to New Zealand achieving its climate change commitments of 100% renewable electricity by 2035 and zero net carbon emissions by 2050.

Hydrogen offers a viable, cleaner alternative fuel for vehicles, for example, by being converted back into electricity via a fuel cell to drive an electric motor. Fuel cell electric vehicles (FCEVs) for heavy transport are seen as a particularly viable alternative to conventional diesel or petrol powered vehicles and several New Zealand companies are already running FCEV trials.

Produced from renewable electricity generation (eg, solar, wind and mini-hydro), hydrogen can also be used to store energy (either as hydrogen or ammonia), particularly to meet the energy needs of remote communities.

Producing hydrogen from renewable electricity is possible on an industrial scale. It also has the potential to supplement or replace natural gas for home and industrial use, possibly using the same pipeline infrastructure.

Features of hydrogen as a fuel or energy storage medium

Most hydrogen currently produced is stored as a compressed gas or liquid in high pressure tanks and, in the case of liquid hydrogen, insulated to extremely low temperatures.

While hydrogen fuel cells are less energy-efficient than electric batteries, they compare favourably with internal combustion engine technology, which converts fuel into energy at roughly 25 per cent efficiency. A fuel cell, by comparison, can mix hydrogen with oxygen from the air to produce electricity at up to 70 per cent efficiency.

Hydrogen is as safe as either petrol or diesel. Hydrogen has been used globally for many years and extensive international safety standards have been developed so it can be safely produced, used, transported and stored.

Hydrogen fuel can be produced cleanly and cost-effectively through electrolysis. It can also be produced through biological reactions using microbes such as bacteria and microalgae. In these processes microbes consume biomass plant material and produce hydrogen gas.

Hydrogen could be useful as a storage mechanism or alternative to batteries within a remote area power supply solution for difficult-to-reach remote customers.

Large-scale ‘green’ hydrogen production facilities would add demand to networks as they require electricity to release hydrogen from water. 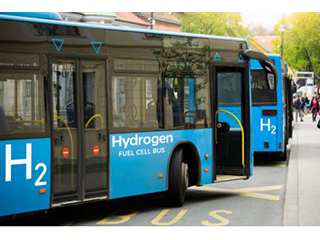 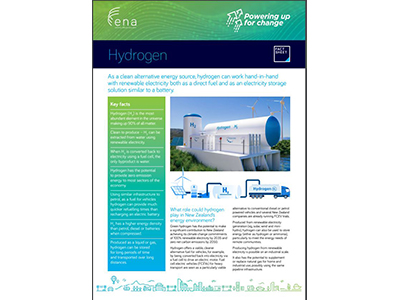